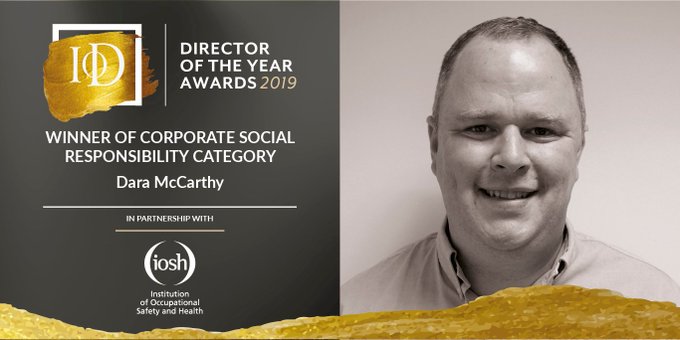 After winning Director of the Year for Corporate Social Responsibility in the West Midlands region Dara McCarthy was entered into the national awards that took place on the 18th October at the Brewery in London. 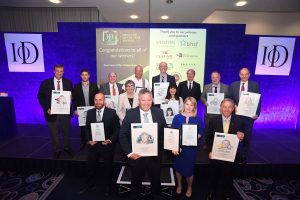 RMF were proud to have Dara represent both the company and the region at the national event which was attended by winners  from a whole range of sectors including; Large Corporations, SME’s & the Third Sector whilst not only rewarding positive economical prosperity but also included awards for Innovation, Corporate Social Responsibility, Start-ups, Family Business and more!

The prestigious awards were hosted by the one and only Sir Trevor McDonald who spoke passionately about the business leaders in attendance and their positive impact upon the economy and business practices! 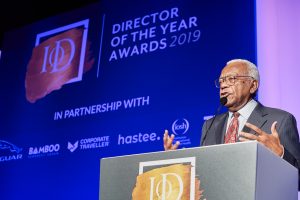 Dara McCarthy was entered into the national category for Corporate Social Responsibility alongside winners of the same award from regions across the United Kingdom.

The Corporate Social Responsibility award is one that Dara and RMF hold closely due to the companies socially inclusive focus and so all fingers were crossed when it came to awards time!

After naming all of the finalist directors, the letter was opened and Sir Trevor McDonald announced the winner… Dara McCarthy of RMF! 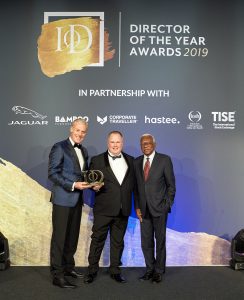 Dara was brought to the stage to join Institute of Directors representatives as well as Sir Trevor McDonald to receive his award where RMF’s achievements and socially inclusive business practices were highlighted to all those in attendance!

“HUGE CONGRATS to Dara McCarthy who is the IOD National Director of the Year for Corporate Social Responsibility, recognising his strong sense of responsibility & consideration as a corporate citizen & business leader”

Moreover, the National Institute of Directors had the following to say about Dara:

“It is refreshing to see a qualitative and quantitative evidence base that can be supported with both the heart and the head. A highly motivated and focused individual committed to doing the right things for the right reasons” 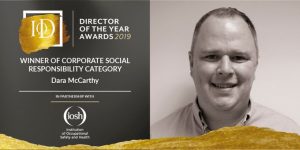 After receiving the award, Dara commented: “the award can do great things for RMF Fresh Start from recognising all the hard work that goes into the project from our staff whilst also opening up further training and employment opportunities for our learners!”